Well, well, well, Alan Johnson has woken up at last. 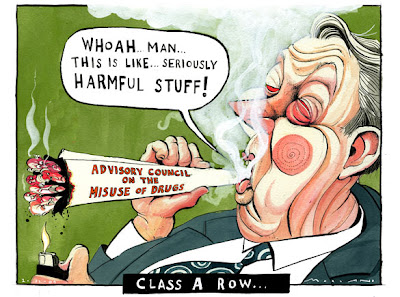 What's this? Alan Johnson not toeing the government line? Speaking out against policy? I thought that was a sackable offence in his eyes. More do as I say, not as I do from this incompetent bunch of morons.

Alan Johnson yesterday admitted the Government had mishandled immigration and that it is placing a 'strain' on jobs and services.
"What we need is a tightly controlled system with much lower levels of immigration and an annual cap on the number of people who come to live and work here.” "
No, Johnson your still wrong. What we need is NO immigration until you have sorted out the 1,000,000 legacy cases, whatever that means! You have so far failed to deal with. Just get on with it , you have the public support what are you afraid of? Getting some votes? If you want to stop the BNP knocking you out of office this would be a great way to start. But you won't , you'll talk, dither, get advice, ignore it, do a survey, pass some half baked useless bill, then start this circle of no action all over again.
With Liebore having been in power almost twelve years, could you really trust them with anything? They are a government that promised change and, delivered nothing except more immigrants, high unemployment, and massive debts through borrowing. Promises were made about a referendum on this Lisbon Treaty, only for the electorate to be robbed of that.
Its hard to recall such an invidious modern government as Liebore. The form of totalitarian control, deceit, obfuscation and manipulation is truly sickening. This is the legacy of Liebore, a legacy the British will have to endure. “Liebore isn't working”? Oh but it is working, its working to annihilate Britain and the British people.
Posted by Oliver at 23:13