It is small wonder that Labour abolished the death sentence for Treason in 1998. 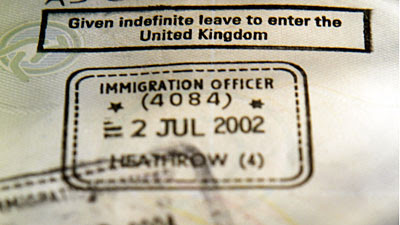 According to Andrew Neather, a speechwriter who worked in Downing Street for Tony Bliar and in the Home Office for Jack Straw and David Blunkett, said Liebore's relaxation of controls was a plan to 'open up the UK to mass migration'.
Mr Neather defended the policy, saying mass immigration has 'enriched' Britain and made London a more attractive and cosmopolitan place.
This is confirmation of what we knew all along that the New Liebore party has been waging war against the British people all along.There is no multiculturalism only left wing fascism.
So many indigenous people who have been the victim of Liebore's multicultural nightmare should demand compensation from the evil socialists that have driven this policy including the disenfranchisement of the English. All those people murdered, raped and lives ruined through allowing in so many unchecked immigrants. Bliar, yellow streak Brown, Blunkett, Straw, snake Mandelson, pig in the trough Hain and the rest of them have thousands of innocents peoples blood and pain on their hands.
I'm pretty sure that the 'driving political policy' behind mass immigration has nothing to do to with 'diversity'. In my opinion, it has always been about destroying the traditional 'British Identity' and making people feel guilty about being patriotic. It's about getting people to leave behind their traditional values and beliefs. Why would the government want this? I'll tell you why: To soften us up ready for complete absorption by the monster that is the EU. It's getting to the point where nobody dares wave a union jack or is publicly proud to be British. When we finally have to give away our last fragment of national sovereignty to Brussels, nobody will bat an eyelid or make a fuss. If they do, they'll be branded a racist, far right extremist.
All hail President Bliar!
Posted by Oliver at 03:15