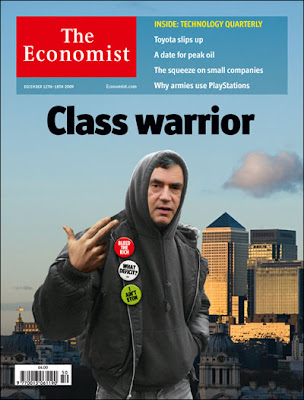 Mr Smith said: “The Information Commissioner’s Office has consistently made clear that the promotion of a political party counts as marketing. We have previously issued detailed guidance to all major political parties on this subject.
“The Labour Party has breached privacy rules by making automated marketing calls to individuals who have not consented to receiving such calls.
He ordered Labour to ensure that no more automated direct marketing calls are made without consent, warning that failure to comply would be a criminal offence that could lead to prosecution.
Why Vera Duckworth as opposed to say the educated Hattie Harperson? Clearly because it was targeted at the Chav/Chavettes (formerly the lower working class) in a desperate bid to get them to get out of bed, forgo watching the Jeremy Kyle Show and go and vote for their giros / needy paymaster during the European elections in June last year.
The Labour Party broke the rules. They should now be prosecuted and not warned. The reason the parliament of Britain has its public image down the drain is due to the fact that the political parties keep breaking the law and get away with their unlawful actions with no penalties imposed on the wrong doers. To discipline a political party for breaking laws means that they will learn to respect the laws when in parliament which they obviously do not do now. George Orwell, who wrote 1984, was a leftie, but a democrat. His "Big Brother is Watching You" gets closer and closer, the longer Mr Brown and his comrades - whoops, sorry, I meant to type Honourable and Right Honourable friends - retain control of the levers of power. We must do something soon, while we still have the opportunity so to do.
Posted by Oliver at 00:05