The minute you hear the government denying it, you just know there is some truth in the accusations. 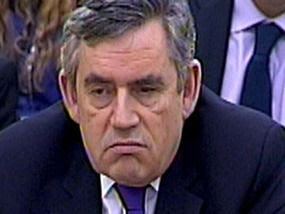 Bullying at home or at work is dreadful for those involved. The fact that snake Peter Mandelson says it is untrue means that it clearly is true. British politics has become a complete farce under this liebour government. This is more akin to something that happens on Big Brother.
Yellow streak Brown is single-minded its obvious if he doesn't get his own way then look out! He thinks he knows best; watch how he deals with questions put to him by the media and at PMQ's in Parliament. He has never admitted being wrong on any issue; despite evidence to the contrary.
So the prime mentalist is exposed once again, this time by Rawnsley, next action deny,deny,deny, Well it only took a few hours for a plausible counter claim by Christine Pratt, of the National Bullying Helpline, said she had "seen red" when she heard ministers deny that there was a problem with the workplace culture inside No 10. and to show that this very flawed man yellow streak Brown is lying again.
But its not yellow streak Brown's 'reign of terror' that worries me - its his 'reign of error'.
Countless errors.
Posted by Oliver at 00:05