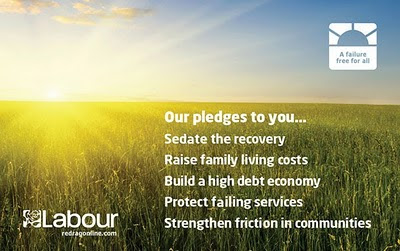 The lack of interest in this election is due in some part to the dearth of talent competing and the fact that Labour has become an irrelevance after the coalition. The fact that Diane Abbott has such little support amongst MP's may be due to the fact that she frequently voted against the Party. It is also significant that she has secured the support of Lammy who clearly demonstrated the scope of his intellect on Mastermind. Lets reflect on the fact that he, Lammy, the minister for education in the Labour government thought Henry VII followed Henry VIII, got confused between Marie Curie and Marie Antoinette and mistook Bastille for Versailles. The real problem facing Labour is that if the coalition is successful, it could lose a lot of support to the Lib Dems and will be out of power for more than a generation, ending up as the 3rd party.
Posted by Oliver at 23:14